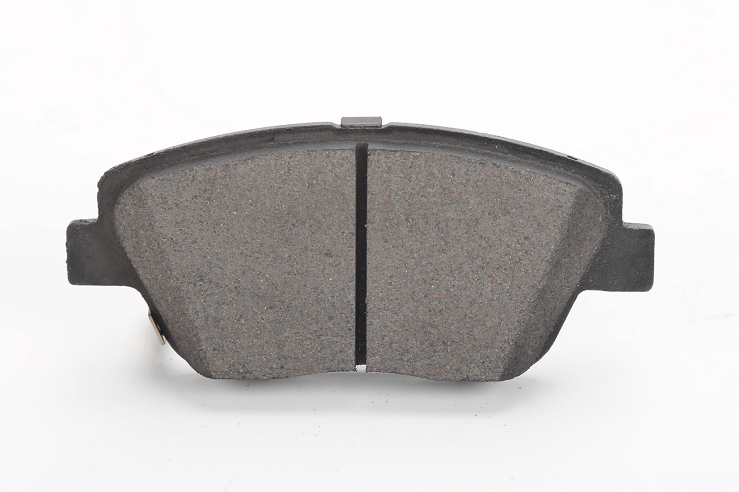 Disc Brake Pads
Brake rotors of disc brakes rotate with the wheels, and brake pads, which are fitted to the brake calipers, clamp on these rotors to stop or decelerate the wheels. The brake pads pushing against the rotors generate friction, which transforms kinetic energy into a thermal energy. 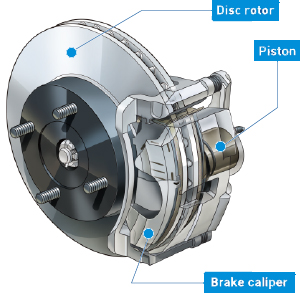 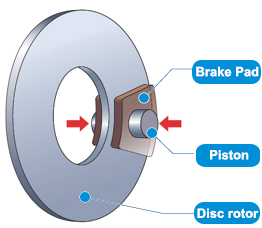 This thermal energy generates heat, but since the main components are exposed to the atmosphere, this heat can be diffused efficiently. This heat-dissipating property reduces brake fade, which is the phenomenon where braking performance is influenced by the heat. Another advantage of disc brakes is its resistance to water fade, which occurs when the water on the brakes significantly reduces braking force. When the vehicle is in motion, the rotor spins at high speeds and this rotational motion discharges the water from the rotors themselves, resulting in stable braking force.
Disc brakes are generally used in passenger cars, but due to their stable performance at higher speeds and resistance to brake fade, they are gradually spreading into the commercial vehicle segment, where drum brakes were traditionally chosen for their longer service life. There is increasing demand from customers for longer service life and higher quality, and Baiyun is committed to meeting them through further development of the disc brake’s reliability. There are two types of disc brakes. 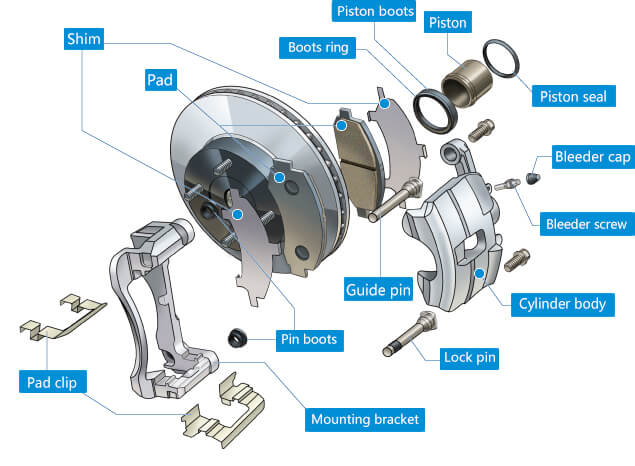 Product Description
These BAIYUN Semi-Metallic Brake Pads will deliver the much needed power that is required to bring your vehicle to a safe stop. They are custom made to ensure a even wear and are precision cut to help eliminate any noise you could get while braking. They are 100% asbestos free and are ready to go right out of the box!
Quiet As a Mouse
Are you tired of the embarrassing sound of your brakes squeal every time you come to a stop? These BAIYUN Semi-Metallic brake pads have mechanically attached shims that work to virtually eliminate noise, so you with never have to hear any obnoxious squeaking or squealing. Not only do they prevent noise, but they also ensure that the vehicle comes to a smooth stop every time.
Installation
BAIYUN Semi-Metallic Brake Pads feature a hassle free installation, however we highly recommend having a certified mechanic install them and perform the proper break-in procedure. This will allow you to get the most out of your brakes and guarantee that everything works efficiently. If you have any questions about Brake Pads or your other braking needs, feel free to give us a call and let our knowledgeable sales staff assist you. We have trained staff that are waiting to lend you a helping hand.

How disc brakes work?
When the driver steps on the brake pedal, the power is amplified by the brake booster (servo system) and changed into a hydraulic pressure (oil-pressure) by the master cylinder. The pressure reaches the brakes on the wheels via tubing filled with brake oil (brake fluid). The delivered pressure pushes the pistons on the brakes of the four wheels. The pistons in turn press the brake pads, which are friction material, against the brake rotors which rotate with the wheels. The pads clamp on the rotors from both sides and decelerate the wheels, thereby slowing down and stopping the vehicle. 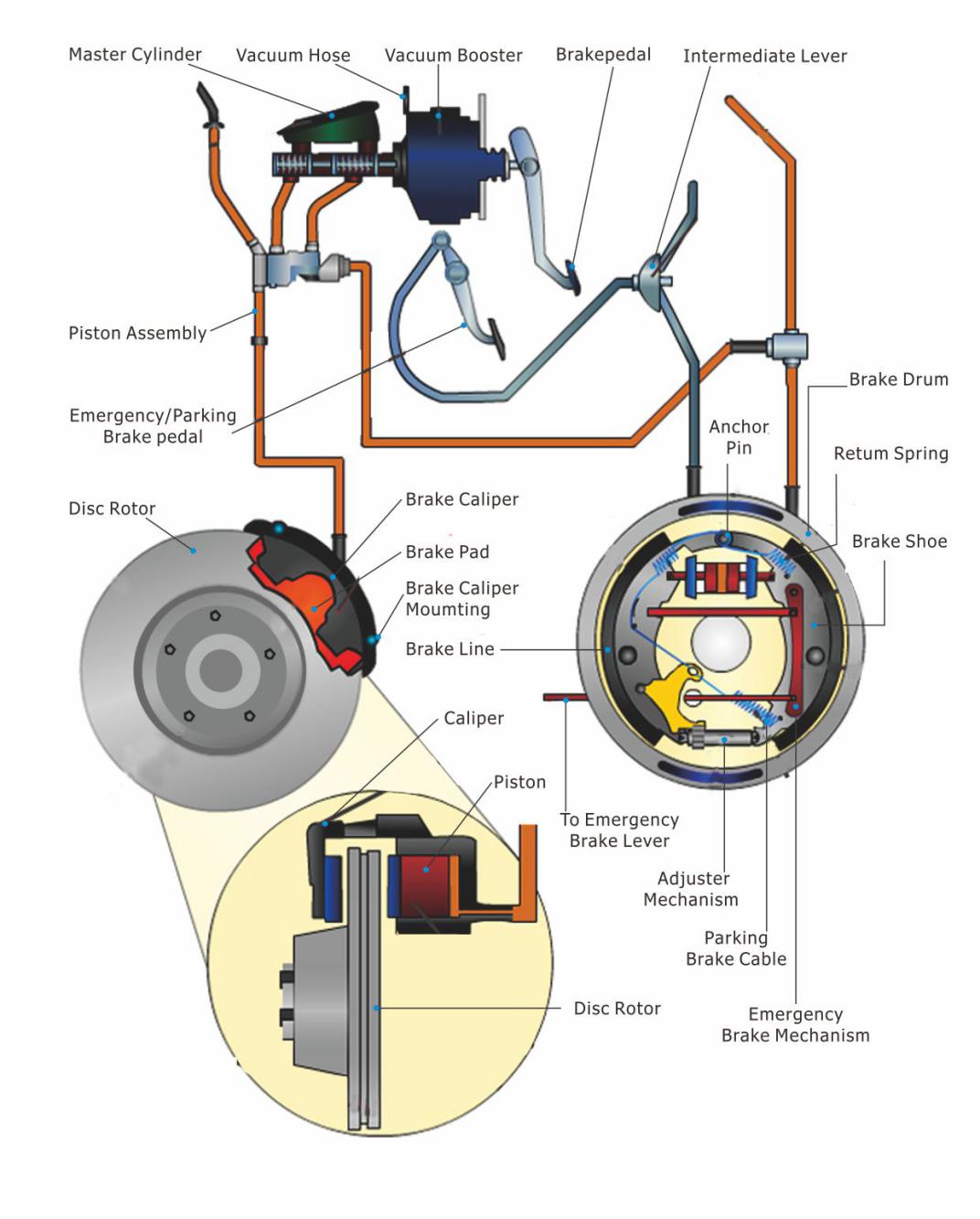 If you are interested in our brake pads or linings, please leave your message as below: Mandotary field*Note: we only wholesale, not retail.